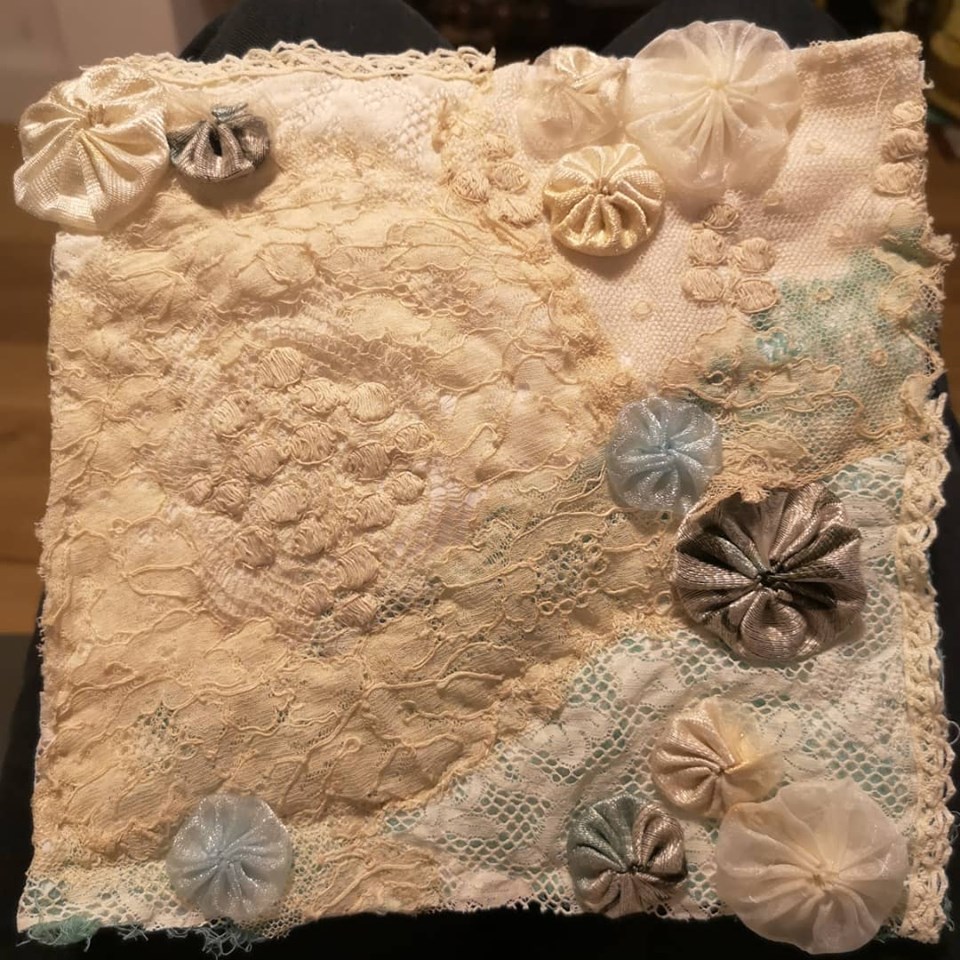 Circa 1920, Claudette sat in her stuffy rooftop atelier, concentratedly working away.  She looked up briefly to gaze out the small window in the eaves, which lent her the only “vu degagée” of the Sein and a bit further, la Tour Eiffel.  She was running late with a commission for her mistress’s skirt and it showed in her visible stitches along the round seam of the lace.  For the 5th time that morning, the cord she was hand embroidering into grapes snapped!  Et merde alors!

Circa 2015, Holly opens her mailbox in great anticipation.  She’d won the online bidding for a bundle of antique lace from Paris and here it was at long last! She was running late with the commission of a wedding chuppah for her dear friend’s special day.  Her heart full, she pulled out the bits she needed for perfecting the special canopy.  And then there – THERE! – at the bottom of the bundle, she gasped with delight as she pulled what appeared to be the remnants of an ancient skirt from the bottom of the box.  The only note included in its plastic sleeve stated “cir. 1920”.  No time for that now, but WHAT a treasure!!

October 7, 2019, Holly is reflecting in her art studio on the theme of resilience and one of her favorite quotes by her favorite poet, Maya Angelou.  “Still I rise” she says out loud to herself.  How many times had she repeated that phrase over the last years?  Through heartbreaks and loss, job strife and Very Bad Decisions, disappointments, miscarriages, renovation nightmares… she really had withstood quite some curves in the last decade.

She fingered Claudette’s beautiful lace, scrutinizing her craftsmanship, appreciating the visible hand-stitched seam and the places where the lace paid the price of Claudette’s impatience.  Or perhaps where she had lovingly repaired it after her mistress abused it.  How had such a dainty collection of fine threads survived the test of so much time?!  We’ll never know for sure, but one thing stands true: there is beauty in the imperfect, in the repaired, and in the repurposed.